in honour of the season: the very first Nutcracker ballet was danced on this day in 1892. the holiday classic was reluctantly composed by Pyotr Ilych Tchaikovsky as a commission, based on an original Hoffmann story. 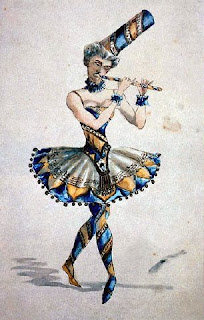 no one can quite agree who choreographed the original ballet, though the first costumes (above), by Ivan Vsevolozhsky look lovely. the piece debuted in St. Petersburg at the gorgeous Mariinsky Theatre... sugar plum fairies & wee child mice have been dancing ever since. 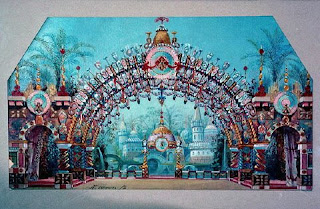 (this is Konstantin Ivanov's original set design for Act II)
at 7:31 p.m. No comments:

what is stephen harper reading...

author Yann Martel has been sending our Prime Minister a book every two weeks, for a year and a half. i knew about the project, but i didn't realize that each book has been accompanied by a letter, describing why Martel thinks Harper might find the book relevant to his current days.

the letters give a very clear picture of how the current Canadian government is undercutting the arts. which i suppose makes it unsurprising that Martel has only received one perfunctory official reply, through this 16-month ongoing project.

to peruse the letters, and perhaps add some books to your holiday reading list, visit Martel's site. or click on the photograph to go to his most recent letter to our leader... 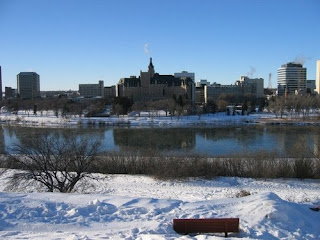 (a small note: as Martel currently lives in Saskatoon, i've put a photograph of that city in winter here, taken by Stu. so, please imagine the books in Martel's list being mailed from here.)
at 7:28 p.m. No comments:

Loved & loathed Toronto cinema guru Reg Hartt may have to close his Cineforum...because the landlord's son is trying to sell the building. Is this the end of the city's favourite eccentric screening location? 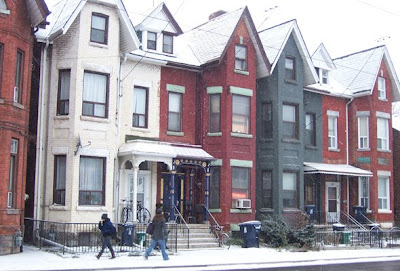 It just looks like an ordinary Toronto streetscene...but behind the blue door is Reg Hartt's bizarrely perfect Cineforum. For more about the micro-cinema, read my recent posting for blogTO.
at 5:29 p.m. No comments: 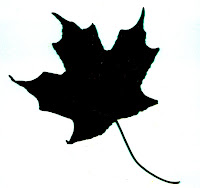 today canada stepped away from the version of itself that i want to believe in. in ottawa today we were treated to an ugly man making ugly choices, setting up a very ugly precedent of proroguing parliament. notice that one of the synonyms of "prorogue" is "to render ineffective". so now we have a suspended elected body that can't make any decisions until the end of january. good thing none of the maple trees have any leaves left; they'd turn instantly black in disgust.
at 12:12 p.m. No comments: